Way back in 2007, I made a short music video as an entry to the Nokia “You Make It Reel Video Competition”. The organizers gave us a 1 minute track made by the Greyskulls and we had to shoot a music video using the Nokia 93i. Since I have no people skills to deal with real live actors, I settled on drawing and animating my entry; something no one was crazy or patient enough to do. I, thankfully, ended up winning the competition.

Here are some behind the scenes pictures of how tedious the entire process was. I don’t think I ever got around to posting these pictures because I was embarrassed with the crudeness of my set-up. But time has a way of making it all seem fun in hindsight.

The cool thing was, this video led to a short television commercial for RC Cola. For this TVC, I had help with the animation from my friend, Ivan Reverente.

It’s been a jam packed two weeks with all nighters nearly everyday and absolutely zero exercise. I’ve just begun to catch my breath but a lot of work is still threatening to run me over.

I’ve been working on a new children’s book for a month now. It’s the latest installment in OMF Lit’s Tito Dok series written by Dr. Luis P. Gatmaitan. The book is about germs, bacteria and viruses and interestingly enough, I got sick for a few days while working on it.

At the same time, I was able to participate in Jomike Tejido’s 2nd Robotars Custom Toy Show. I’m not much of a toy designer or a sculptor but I did my best anyway despite being intimidated to near paralysis from seeing the other participants’ works. 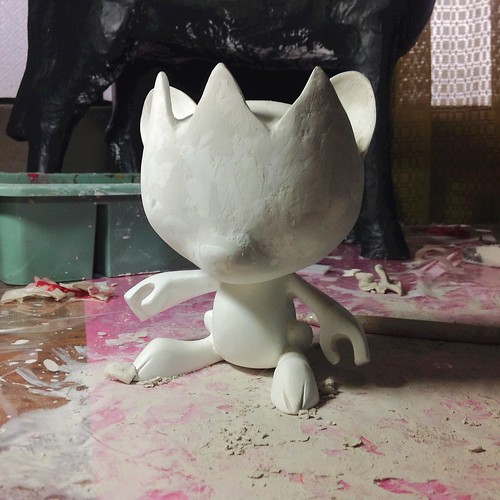 After finishing my robotars figurine, I wrapped up work on another custom figure exhibit entitled Takatak Attack held at 10a Alabama St. near E. Rodriguez Avenue. The exhibit was held to showcase and drum up support for the craft of the “taka“. A folksy Philippine toy horse made out of papier mache. 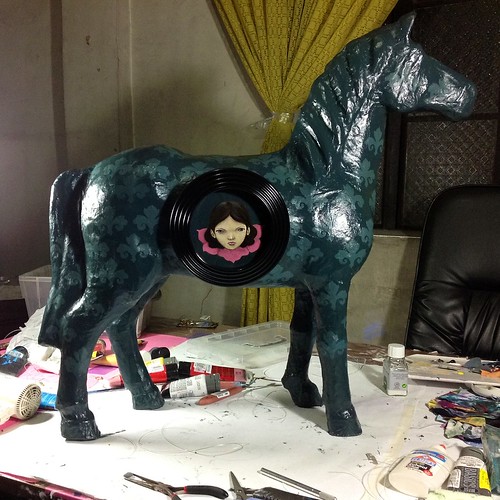 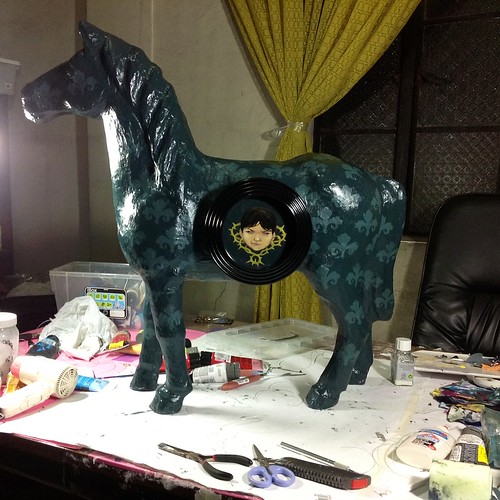 Ironically, despite managing to finish and submit my entries to two concurrent exhibitions, I wasn’t able to make the opening of either one. Too exhausted to do anything, I just stayed at home to sleep it all off.

Okay, here they are. I made some kooky portraits based on characters from National Hero Jose Rizal’s decidedly serious novel “Noli Me Tangere”. The portraits were made for Florabel’s Elias Restaurant. 🙂

VERY work in progress for a book I’m working on.

Anyway, in the story, the swallow loves the reed terribly but the plant is cold to the swallow’s amorous advances. Sad and frustrated, the swallow decides to just leave and head to Egypt. Why Egypt? I honestly don’t know. Maybe the sight of crumbling edifices to greatness and immortality can help put things in perspective that a broken heart is a small thing to get over from.

The story of the swallow and the reed is something we can learn from. Unrequited love, as we know, is not limited to birds and plants. If there’s anything to be learned from this, is this: don’t love a plant because it can’t love you back.