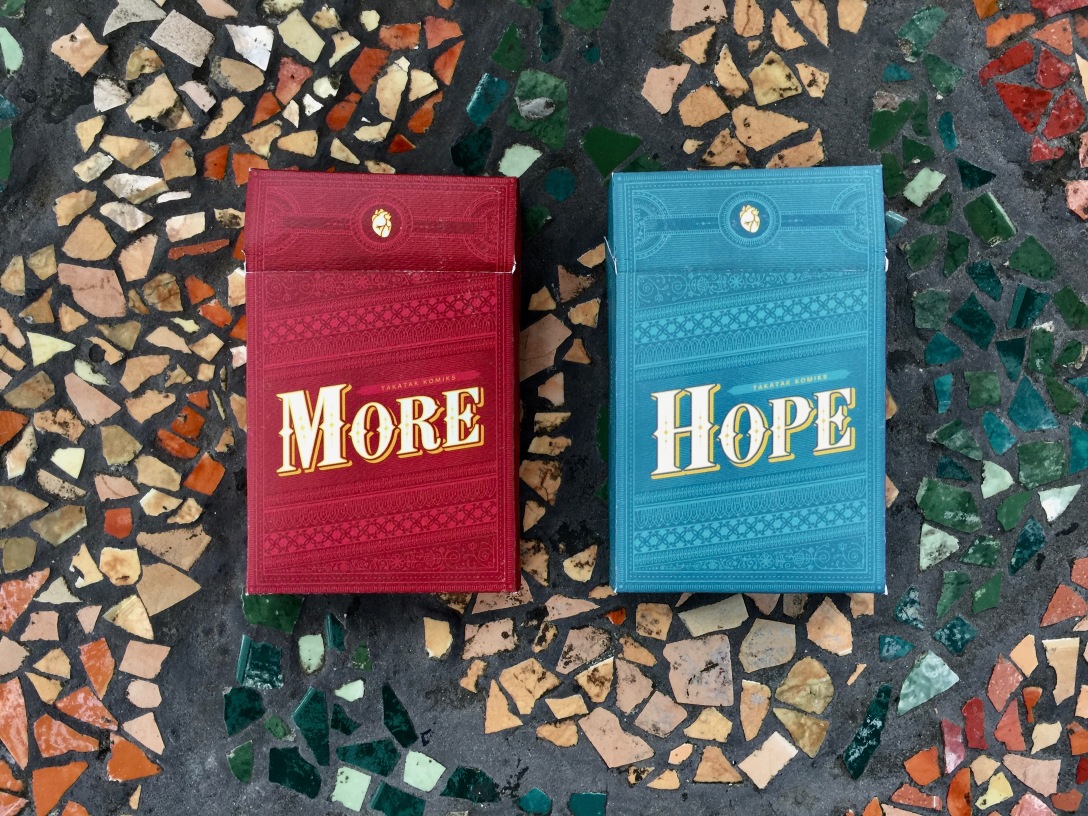 I’ve been meaning to blog again for months, but life just got in the way. And as the months rolled on, it became harder and harder to get back into writing in the blog. Well, I hope I can remedy that in the coming months starting with this post, the title of which refers less about about a proclamation of self-encouragement and more about the latest adult coloring in the market.

Recent months have seen an explosion of various adult coloring books in bookstores, and so far the demand just keeps growing. Makes one wonder if everybody is THAT stressed. Hue Can Do It is Summit Books’s entry into the adult coloring book category. It comes in two volumes and features works from over 40 Filipino artists.

The books were launched last August 29, 2015 at The Philippine Literary Festival organized by National Book Store and held at Raffles Makati. Here’s video coverage of the event I found on the internet by Moki Magpantay. 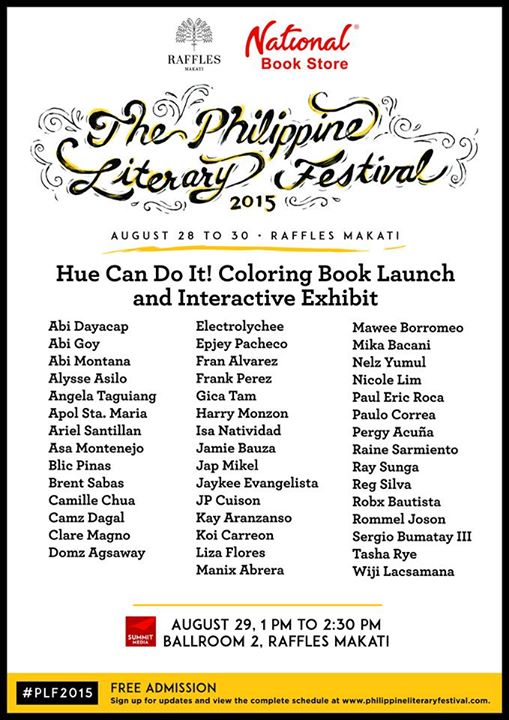 The books were designed by Studio Dialogo with covers by Asa Montenejo. Visit Studio Dialogo’s facebook page at http://facebook.com/studiodialogo.

Each Hue Can Do It book is PhP 295 and can be bought at National Bookstore, Fully Booked, Powerbooks, Mini-Stop and 7-11 convenience stores, and Robinsons and SM Department Stores and supermarkets. Visit Summit Books here or Summit Media at their facebook page at http://facebook.com/summitmediaph.