Yeah, so I’m teaching. The Ayala Museum contacted me awhile back and asked if I could a basic oil painting workshop for the summer. In the spirit of doing things that scare you, I said yes.

It was a three-day workshop and I tried to cover the basics. Oil can be an intimidating medium for some. Watercolor seems to be the popular painting medium nowadays (at least among my circle of friends and some casual practitioners). But I’ve always loved the look of oil. It just feels so substantial. 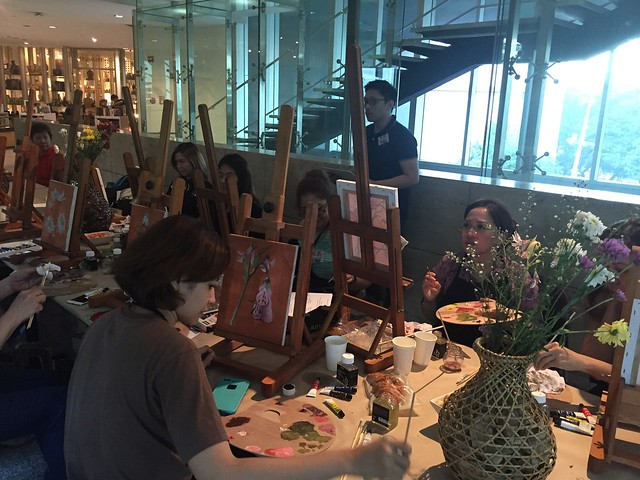 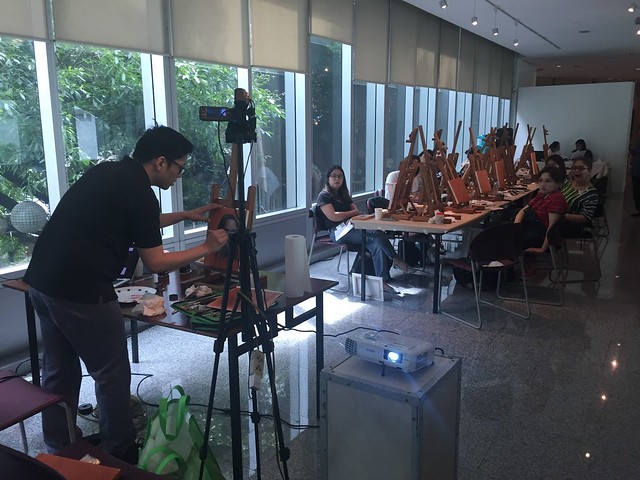 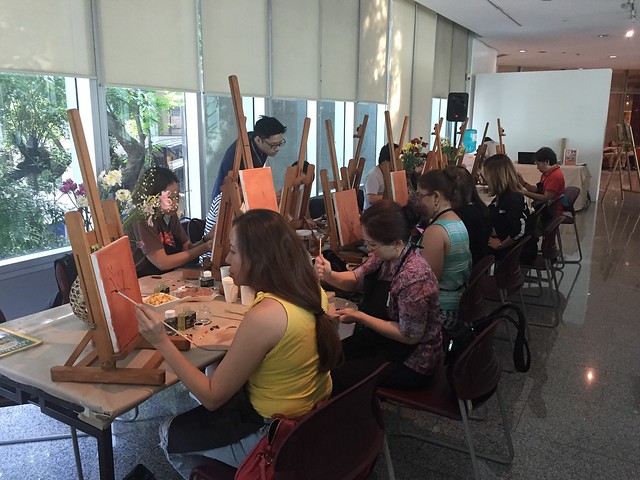 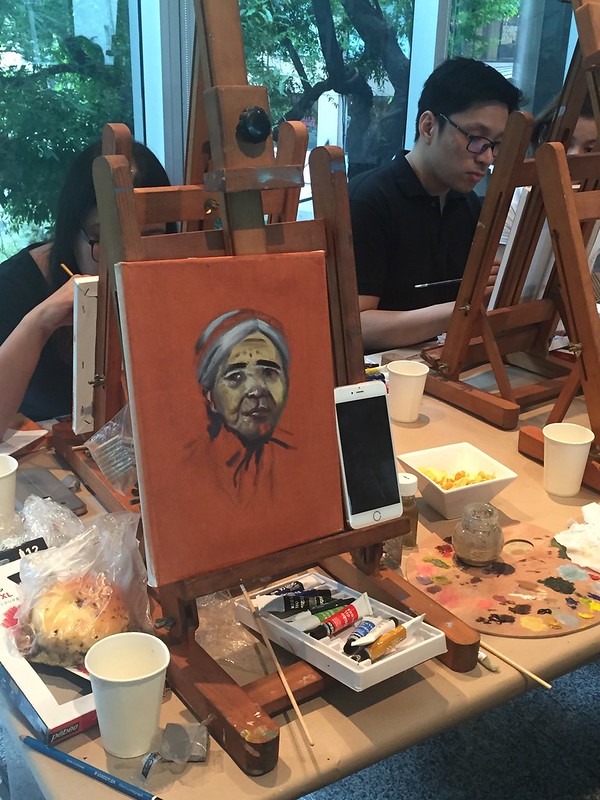 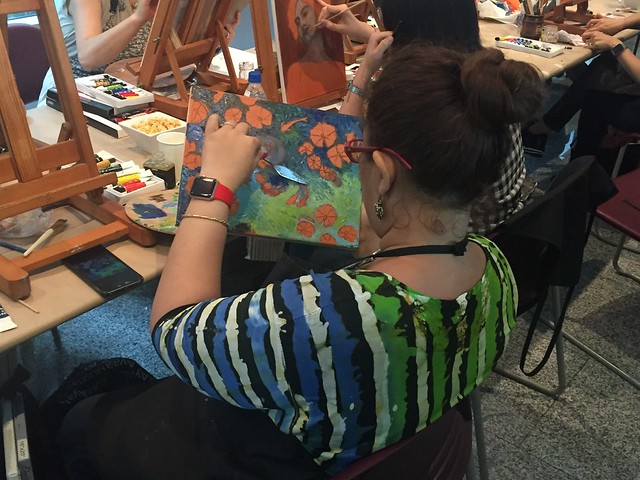 With two exhibits running simultaneously, it’s been a big 20th birthday for Ang Ilustrador ng Kabataan (Ang INK). I feel kind of sorry for those who weren’t able to submit to any of the shows or weren’t able to drop in on the preparations. This is the kind of org event you really don’t want to miss. After all, a big anniversary bash like this comes just once every 5 to 10 years.

The retrospective at the Ayala Museum (showing until Jan. 15, 2012), is like a big art buffet. With over 160 original artworks from published children’s books and some new pieces made just for the show, it’s a look-until-you’re-stuffed-in-the-eyeballs kind of exhibit. Best consumed unhurriedly and with a bunch of friends. Eat ice cream afterwards for full effect. And don’t forget to buy the books at your nearest bookstore while you’re at it.

Together with the retrospective of published artworks, we prepared 33 new pieces for this show. Among ourselves, we called it the “Future 20” artworks (a shortened tag for a look into the next 20 years of Ang INK). Members were challenged to come up with stories and concepts of their own and illustrate a scene based on that story.

Meeting for dinner to discuss concepts for the exhibit

The added 3D works by Pergy Acuna, Frances Alvarez, Serj Bumatay, Angela Taguiang and Jomike Tejido made the show a little bit different than our usual Ang INK exhibits. Past exhibits (not last year’s though) were usually restricted to 2D works. I like how we’re moving past that and challenging ourselves to come up with different pieces for our shows.

The exhibit showing at the Filipinas Heritage Library (FHL) is almost like a small sweet snack. A bite of chocolate maybe. Or a cup of gelato. Or whatever dessert you can imagine. With only 26 artworks and occupying the walls of a small corridor, it’s a tiny show compared to the one in Ayala. But no less pretty if I may be so biased to say. Working on the theme “Reading and the Imagination” and all artworks conforming to a 10 x 10 in size, I think it demonstrates the INKies’ ability to work on a loose theme. But not too loose as to cause that I-don’t-know-what-to-do feeling for the artists. Maybe INKies work best this way.

I don’t think I’m alone in saying that after all the preparations, we’re now in a big hangover phase. I guess nothing bonds a group better than working together and the result of all that hard work coming up like roses.

Currently, there are no illustration groups in the Philippines with this level of organization and diversity. A lot of Ang INK’s members work in different industries (animation, design, advertising, etc). And I guess, we’re pretty proud of that.  I can’t help but look into the future and hope for a similar organization encompassing all illustration categories, not just those for children. Is a Society of Filipino Illustrators a possibility?

Only the next couple of years will show.