I was invited to participate in a drawing exhibit at the University of the Philippines Vargas Museum. I don’t think I’ve ever drawn something this big. It was fun and liberating not having to worry about color. 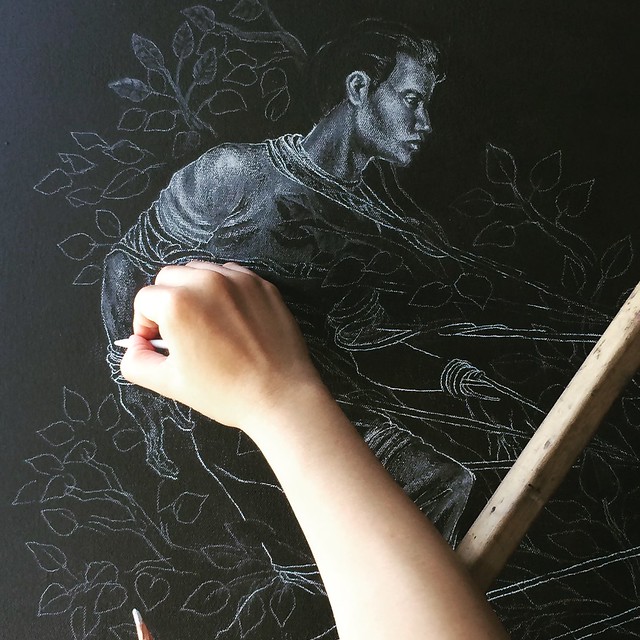 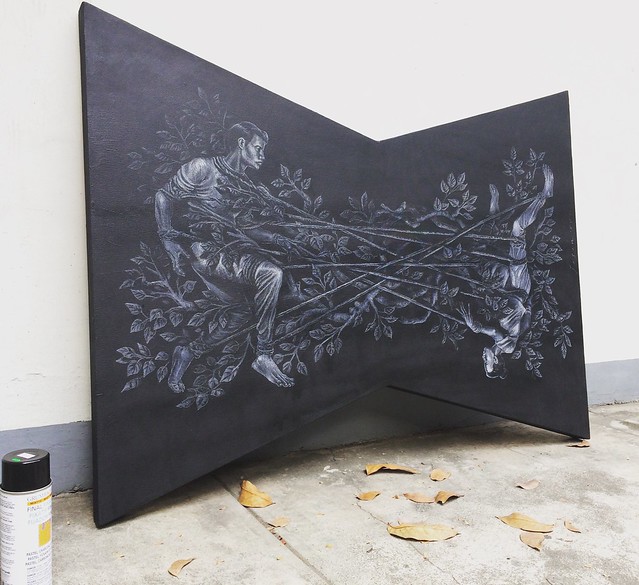 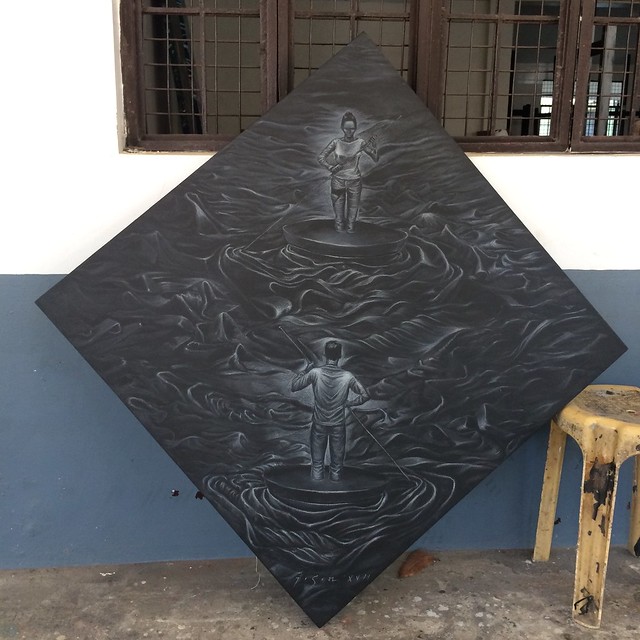 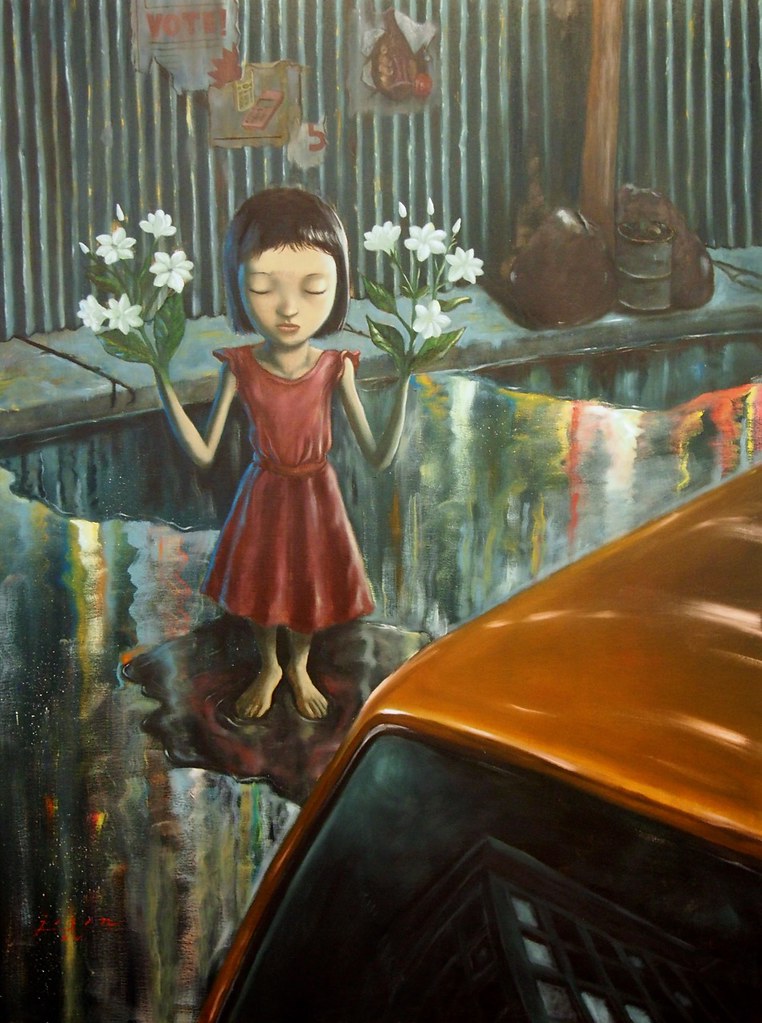 The Center for Art, New Ventures and Sustainable Development (CANVAS) will be launching another edition of the Romeo Forbes Children’s Story Writing Competition this year. I’m honored to have my painting chosen as the contest piece for this edition of the competition. The contest uses artworks as the inspiration or basis for all story submissions. This time around, the stories will be based on my painting. When a story is chosen, I will be illustrating the entire book based on the winning entry.

CANVAS actively promotes Philippine art and culture through exhibitions and collaborations with contemporary artists. One of its chief advocacies is the promotion of reading and literary in the Philippines. The stories and children’s books published by CANVAS are eventually given for free to children of distressed communities around the Philippines. Its goal is to provide 1 million books for 1 million children, and with each new CANVAS book, the organization draws closer to that goal.

The deadline for submission of entries is on October 16, 2015; Friday, 5:00 p.m. (Manila time). Details about the contest and how to enter can be found on Canvas’s blog or at their facebook page here. All inquiries should be directed at CANVAS since I’m only doing the paintings and I have no hand whatsoever with the rules. 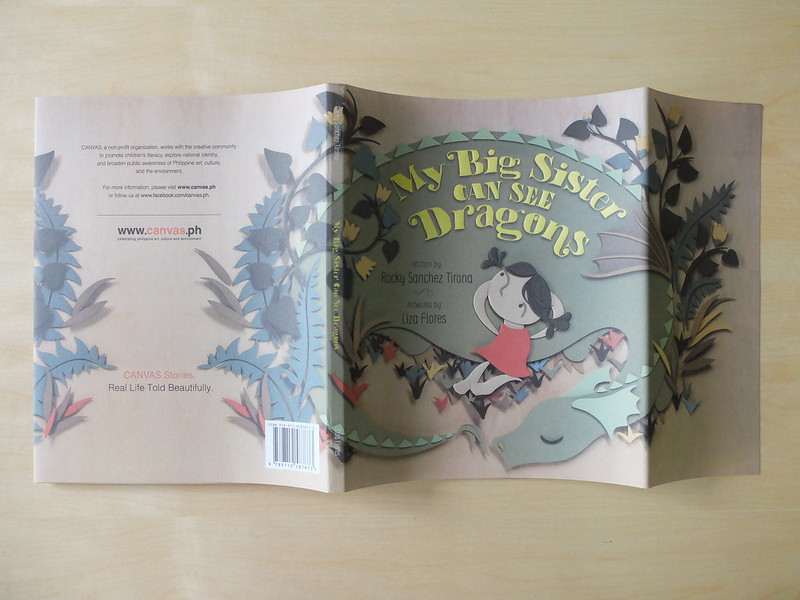 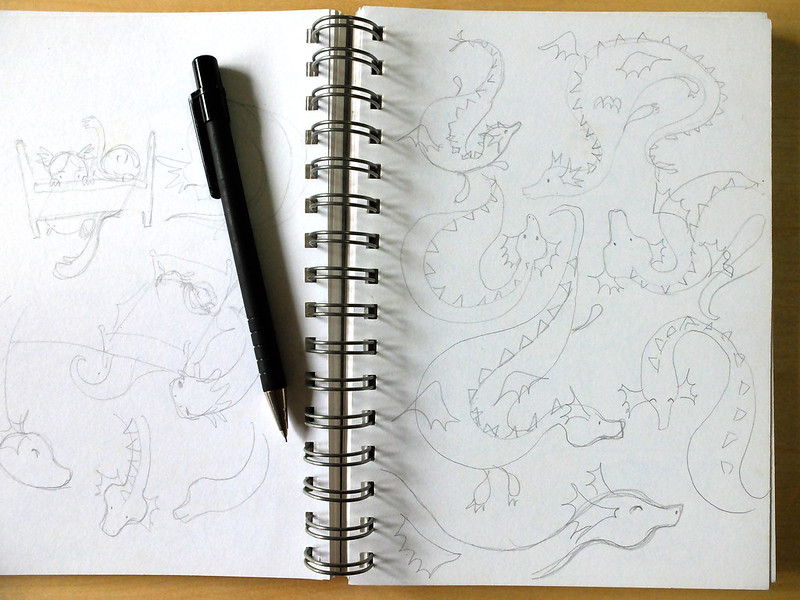 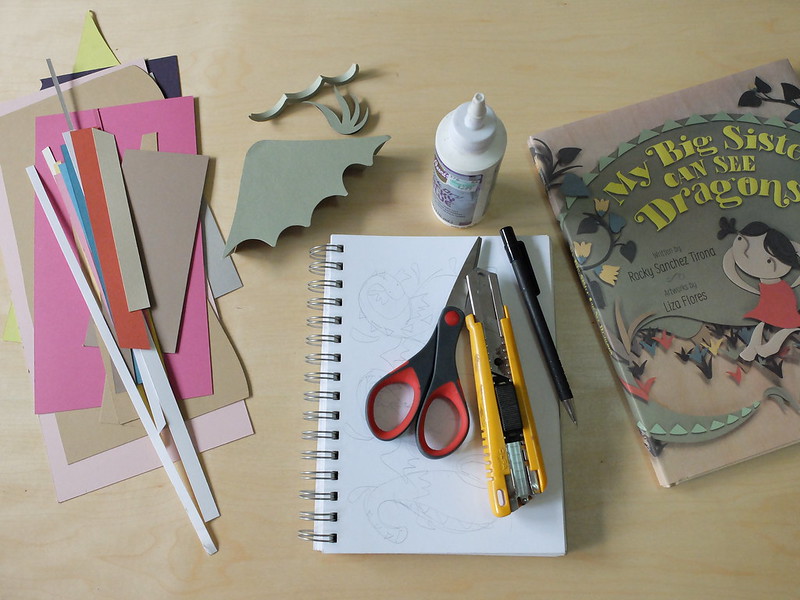 Art Fair Philippines 2015 is happening in 9 days as I write this. I’m part of Canvas Gallery‘s Libro Exhibition, a group exhibit which features artworks inspired by books. I decided to make new book assemblages as my contribution to the show.

I have eight new pieces ready for exhibition. Here are some works-in-progress. 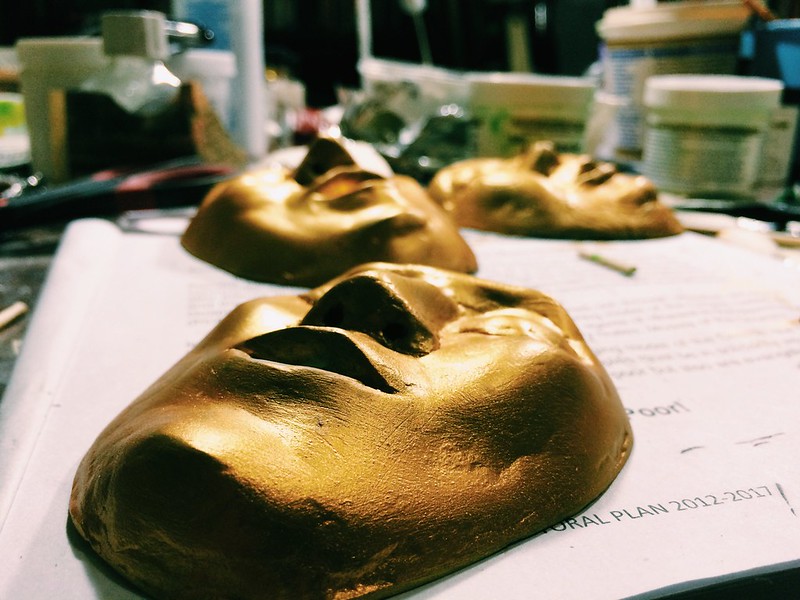 I sculpted different faces out of apoxie clay. 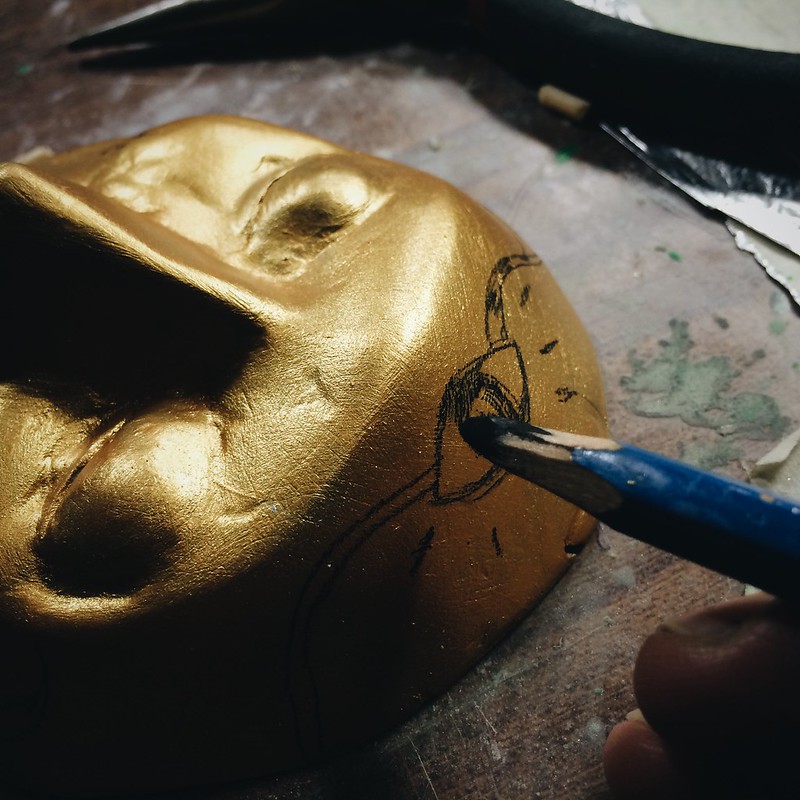 Drawn elements on the faces. 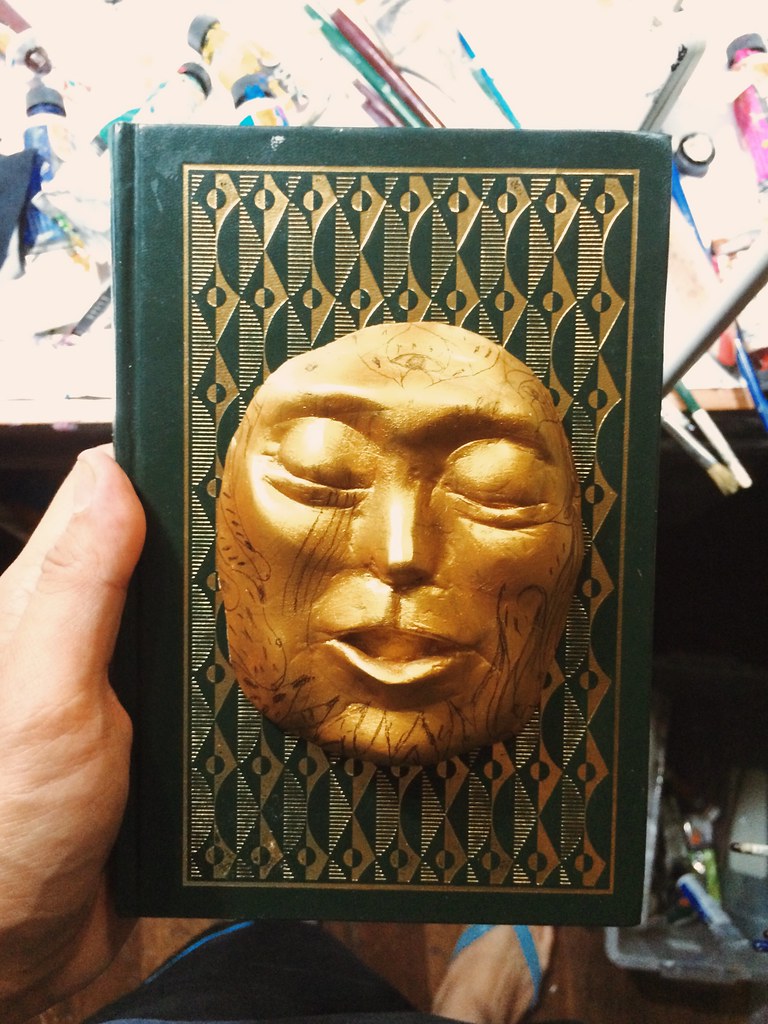 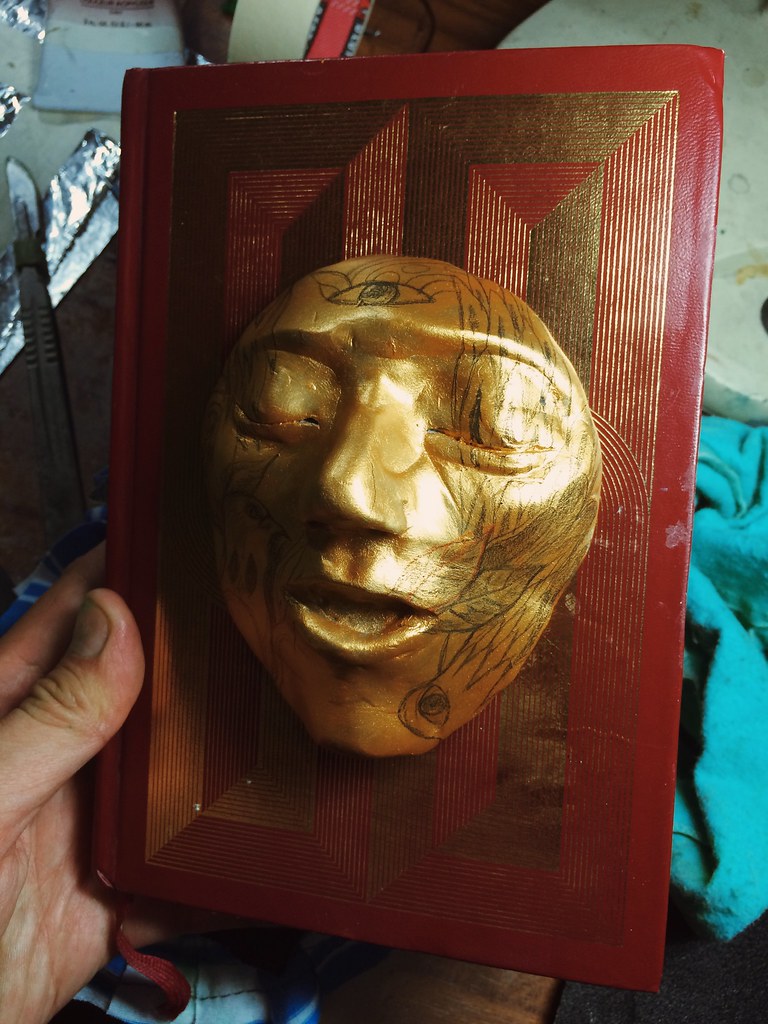 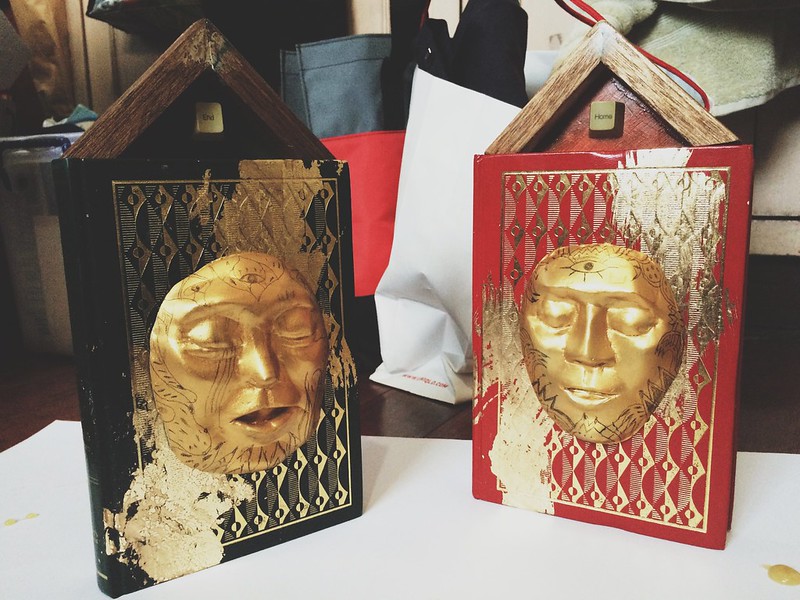 I’ll be participating in a group show organized by Canvas Gallery this September entitled “If Trees Could Talk”. The show opens on Thursday, Sept. 11, 2014 (4pm) at the Asian Center Museum, University of the Philippines, Diliman. The exhibit runs until Sept. 19, 2014. 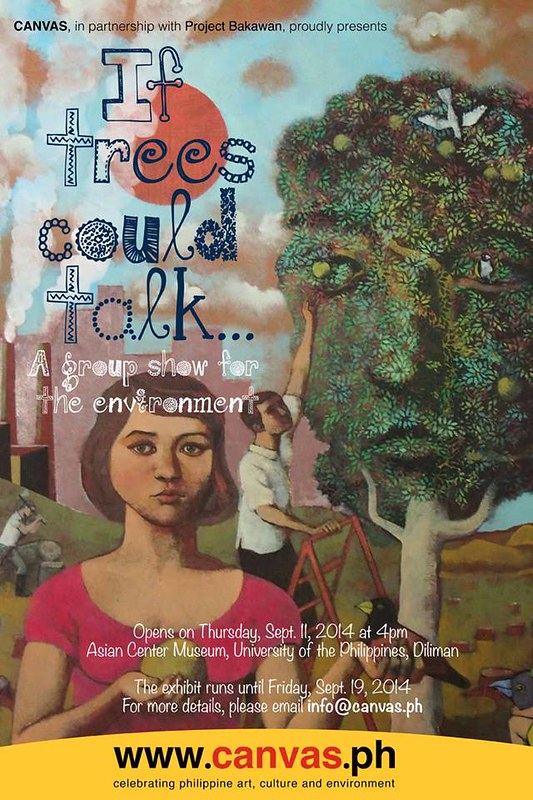 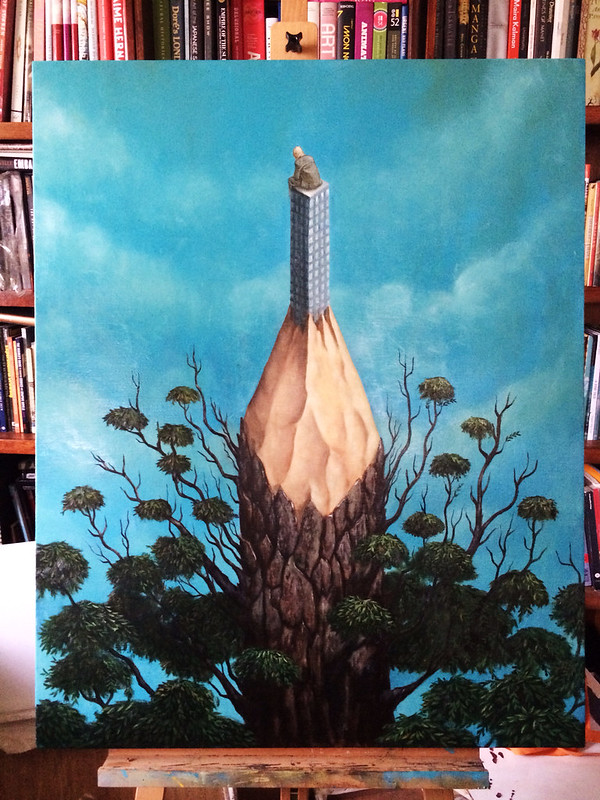